The Future of 22RS Multiplayer 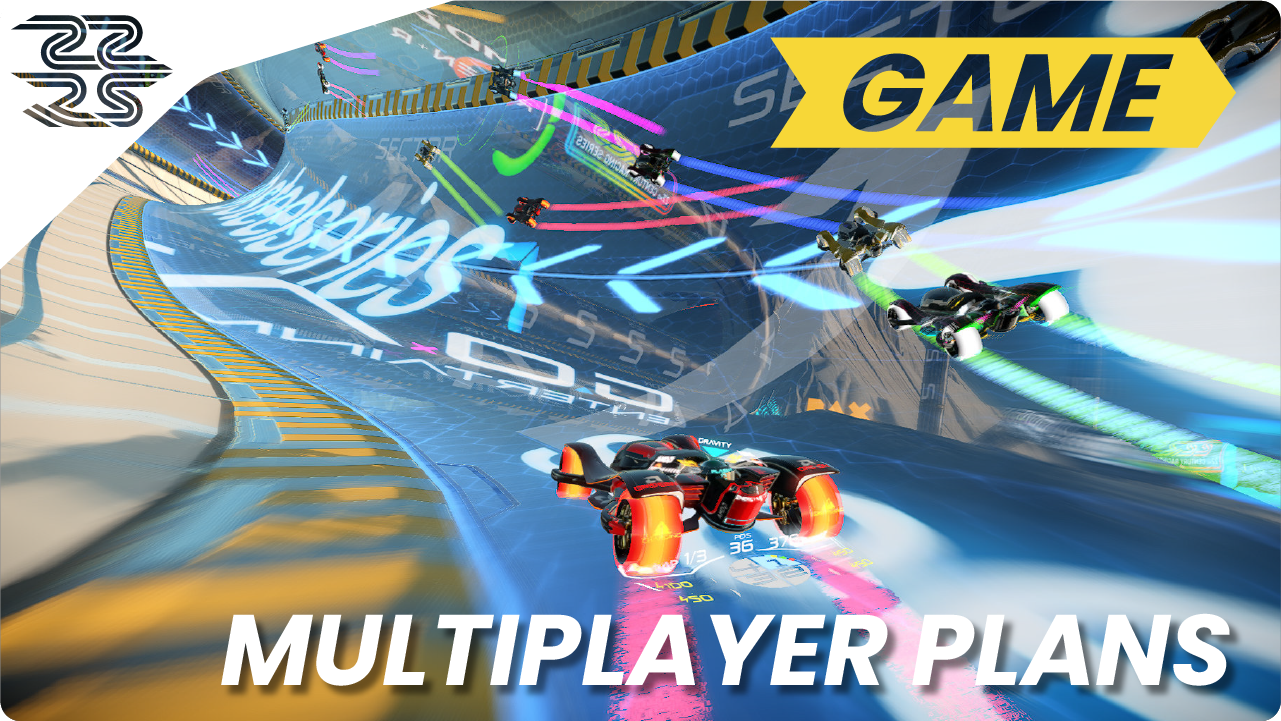 Multiplayer is a focal point of development for 22 Racing Series as an esport racing series, so a lot of thought went into the design. In this interview, Garth explains how the new multiplayer game mechanics will provide players and teams with even more flexibility to define their race strategies. He also gives us some insights into what we can expect from 22RS’s multiplayer in the future:

Watch the PAX 2020 AMA interview below for the full discussion.

Synchronous multiplayer, on the other hand, allows players in different locations to compete against each other in real time.

“We’re excited to be nearing the release of our online (synchronous) multiplayer. This will take our already very competitive competition to the next level,” Garth said. “It’ll really ratify our new team game modes and allow us to launch our ‘royale’ race modes, with numbers of concurrent players never seen before in racing games. It’s going to be epic.”

The new loadout mechanics add another dimension to multiplayer. They allow you to choose between various upgrades and abilities, which you can then take into a race. This gives you whole new ways to think about race strategy, both in your setup going into a race (e.g., what’s the best loadout and play style for the track and your opponent?) and also during a race.

The loadout mechanics are a unique twist to 22RS. They’re great for team mode, where you’re able to work out the best mix of loadouts amongst your team, but they also apply to free-for-all races, where it’s every racer for themselves.

There are two categories of Loadouts:

Before heading into a race, you can adjust your vehicle’s loadout to suit your individual driving character and preferred race strategy, taking full advantage of your unique strengths.

For team modes, different loadout combinations can be categorised into ‘roles’, ranging from support and engineering to defence and offense. We’ll cover each of these in detail in another article.

This is uncharted territory when it comes to racing games, so we’re excited to see where it goes and what racers can do with it!

In team mode, two or more teams can compete against each other in a number of event types:

Team mode and the corresponding team event types are pivotal features for the series. They also pave the way for additional gameplay opportunities that are characteristic of traditional motorsports and esports, such as brand sponsorships and technical career pathways that will be facilitated via blockchain smart contracts. Together, these will create the most comprehensive and streamlined esports ecosystem in the games industry today.

Solo racers can also enjoy multiplayer. In a free-for-all race, each player races individually against any number of opponents, on any track. The first player to complete the set number of laps (set by the race-creator) is the victor.

‘This mode is designed for players who just want to jump in and start playing without too much fuss – keeping it simple and making it easy to find and join a race is one of our priorities. We also offer lots of combinations of different game modes and styles, so that players can find race modes that suit their own style of play.

Great news players! Development of real-time multiplayer, including these new game modes and loadouts, is almost complete. Expect it to be released in the coming months.

If you want to hear about it as soon as it happens, then feel free to sign up to our 22 Racing Series Newsletter.